The Ottawa Model for Smoking Cessation (OMSC) has been shown to change provider behaviour and is effective at increasing long-term quit rates. 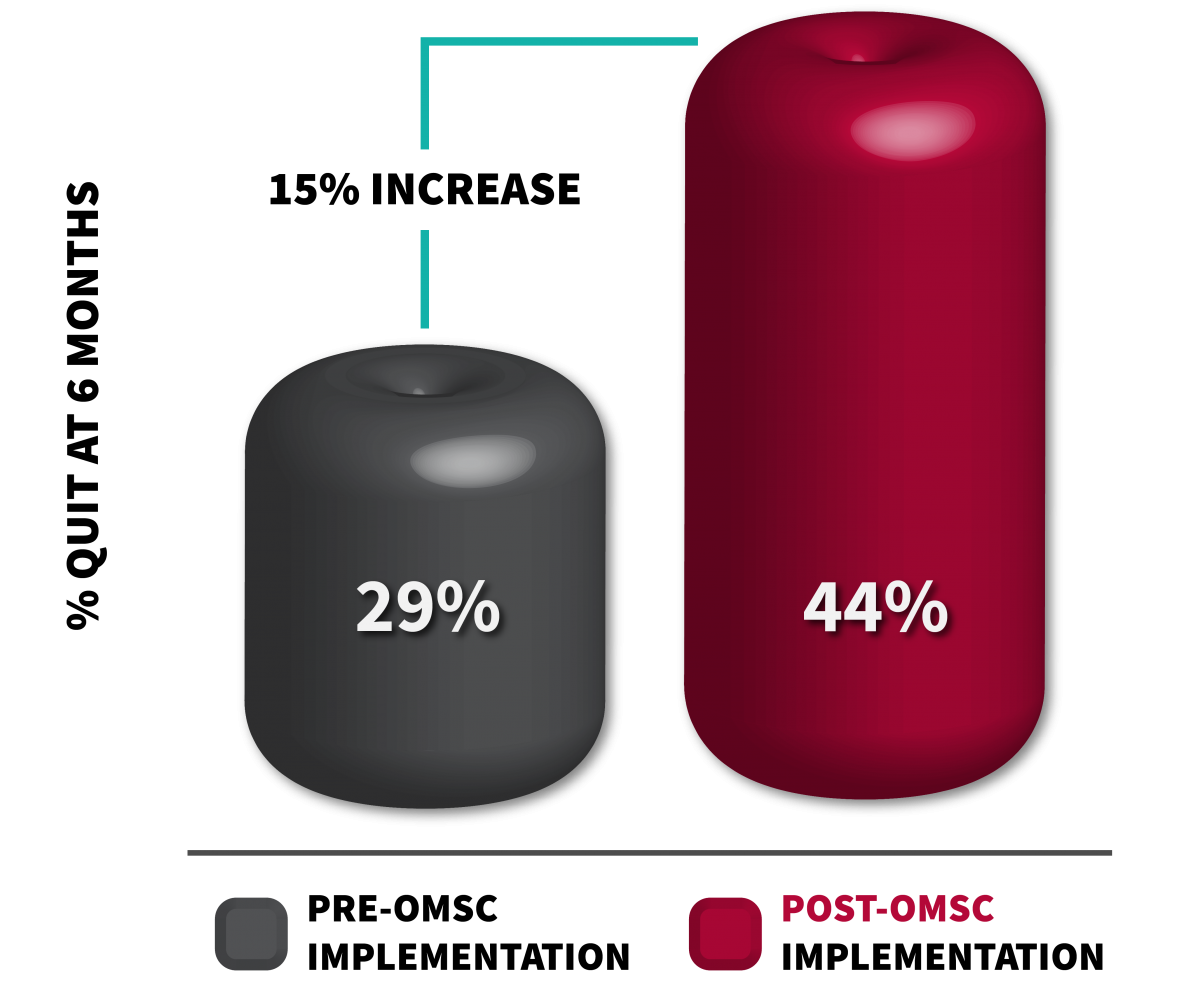 An evaluation of the first 9 hospitals to implement the OMSC revealed an 11.1% increase (from 18.3% to 29.4%) in long-term quit rates among general patient population. 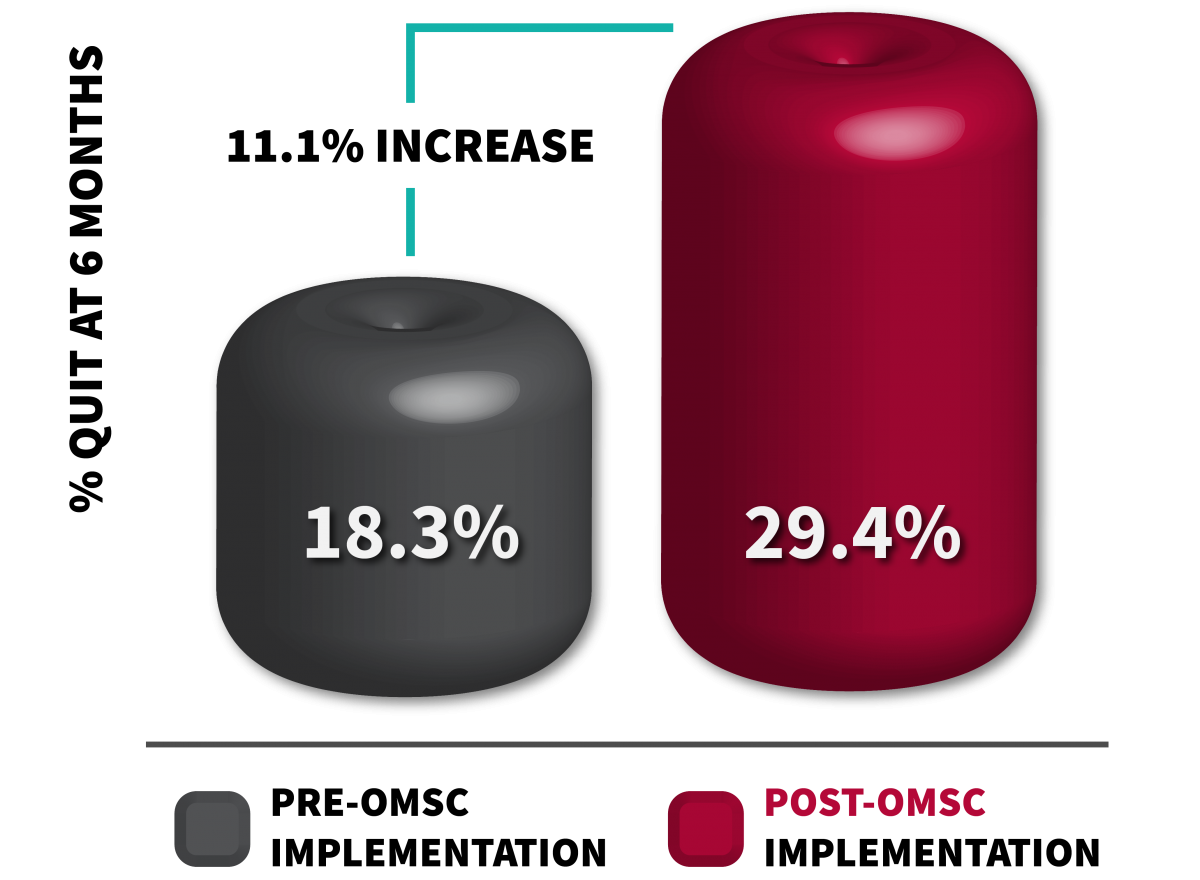 In 2009, the OMSC was adapted and piloted for use in eight primary care practices in the Champlain region of Ontario. Evaluation data showed a significant increase in the rates at which healthcare providers delivered the 3As (Asked about tobacco use, Advised patients to quit, Acted by offering tobacco treatment) before and after implementation of the OMSC. A 15% increase in the number of patients who attempted to quit was documented as part of the OMSC in Primary Care Pilot Program.

There was an 11% increase in abstinence rates among smokers who were ready to quit when adding an in-clinic smoking cessation intervention (OMSC with no telephone-based follow-up). However, there was a 3-fold increase in quit rates (from 10% to 31%) when the OMSC included telephone-based follow-up. These results illustrate the importance of providing follow-up to patients who smoke. 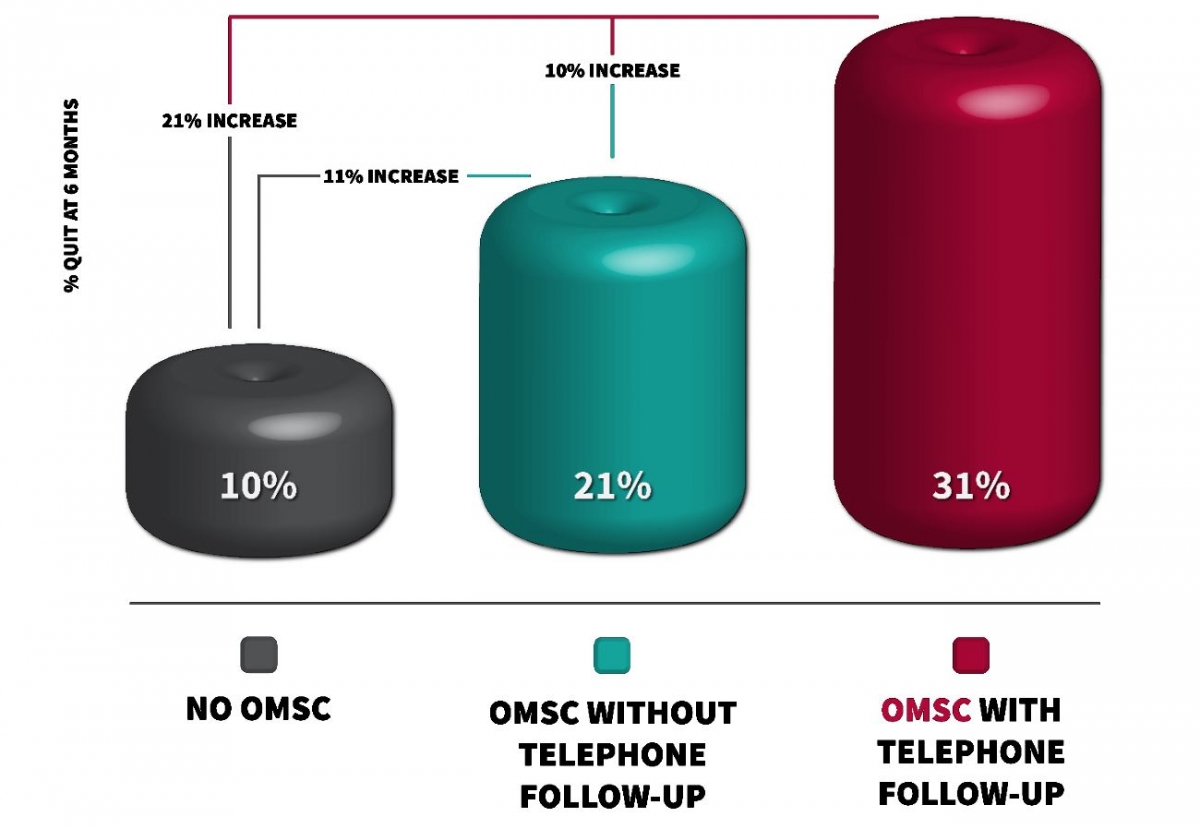 In 2010, the Champlain Local Health Integration Network (LHIN) Hospital Service Accountability Agreements (HSAA) with 15 regional hospitals were amended to include a performance obligation stating that hospitals must expand their OMSC programs to reach (i.e. provide an OMSC smoking cessation consultation to) ≥ 80% of inpatient smokers each year. In 2013, 63% of expected smokers were reached by participating Champlain hospitals, compared to only 29% in 2010 – a relative improvement of more than 80%. 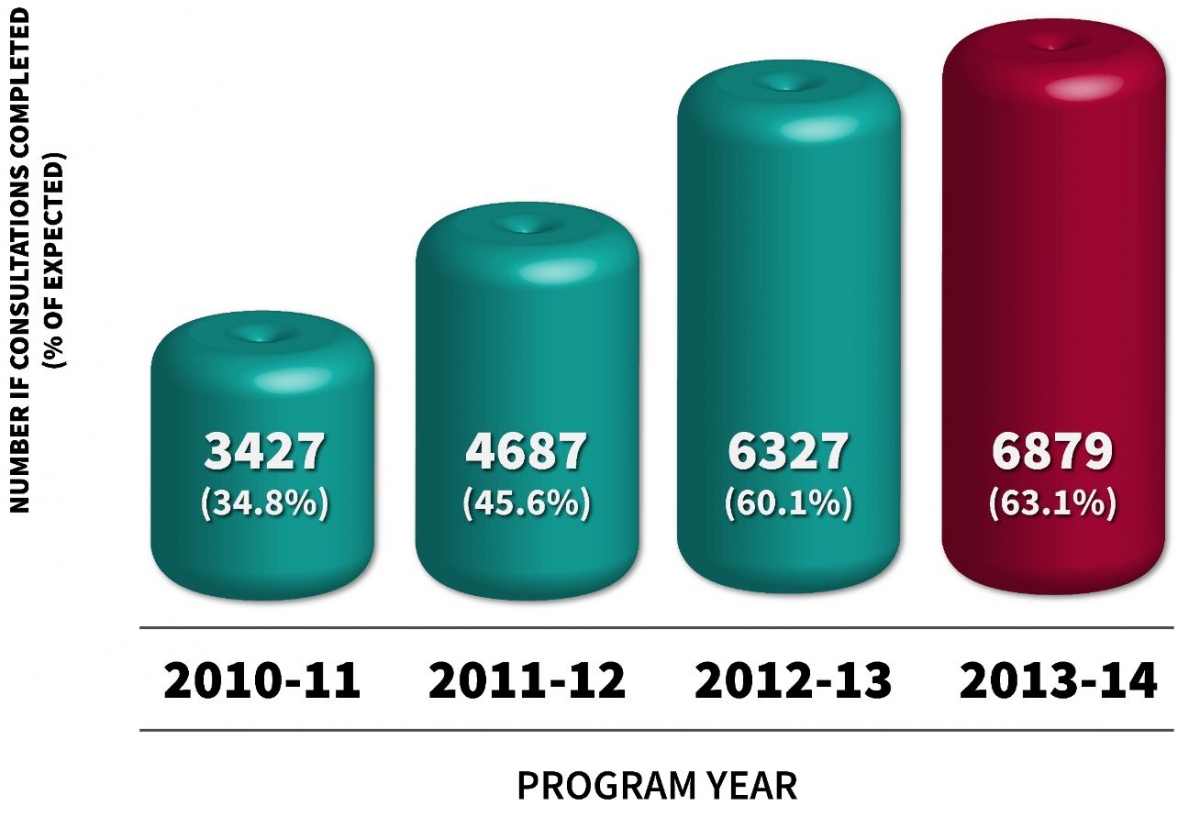 A recent study by the University of Ottawa Heart Institute (UOHI) and the Institute for Clinical Evaluative Sciences (ICES) showed that:

Strategies like the OMSC reduce subsequent healthcare use, but most importantly, can distinctly enhance the well-being of our patients who smoke.